Forum for questions and support relating to the 1.34.x releases only.
Post Reply
2 posts • Page 1 of 1

I have just upgraded to 1.34.5 (from 1.32.3) and was expecting a suspected bug I reported to be resolved but it appears not to be the case. Specifically, as discussed previously the web GUI seems to always report the run state as 'STOPPED' even if it is actually running, as per the screenshot: 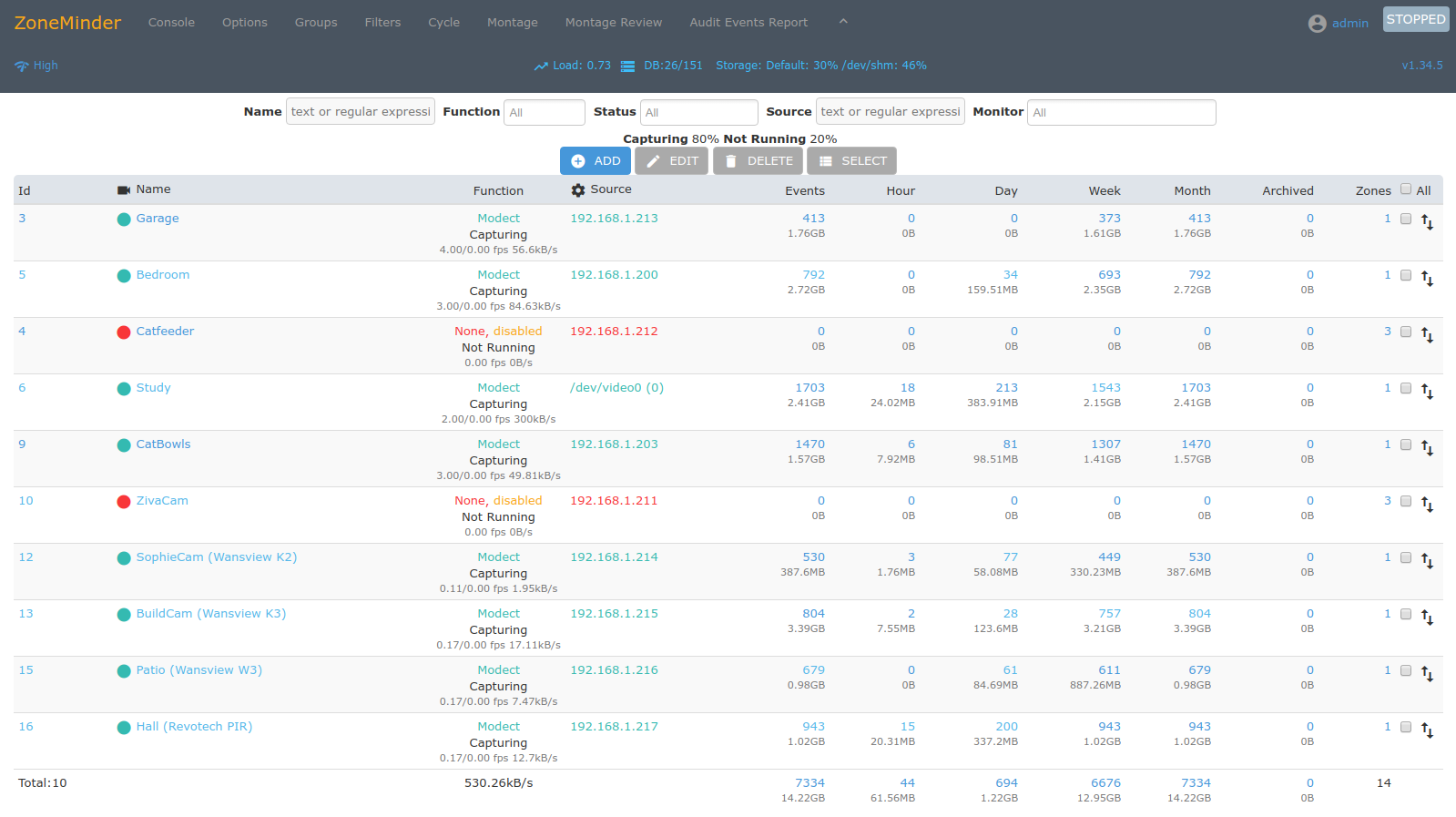 The user 'ijarraki' reported on the bug report that this issue was fixed in 1.33 but this doesn't appear to have been the case?
Top

Thanks to Issac and his replies to my bug report this has now been fixed. It was down to me having ZM_PATH_SOCKS specified twice and, specifically, that the second value of /tmp/zm was overwriting the /var/run/zm value that it'd should've been. Removing the erroneous setting restored proper GUI behaviour.

Thought I'd post this wrap-up just in case anyone else ends up in a similar situation.
Top
Post Reply
2 posts • Page 1 of 1