Post here to ask any questions about hardware suitability, configuration in ZoneMinder, or experiences. If you just want to know if something works with ZoneMinder or not, please check the Hardware Compatibility sections in the forum, and the Wiki first. Also search this topic as well.
Post Reply
7 posts • Page 1 of 1

Hi community, I am trying to connect a Reolink RLC-423 to Zoneminder. The transmitted picture is nice and shiny until something moves. Then it becomes chunky with lots of artifacts in it (sorry, that's the best way I know how to describe it). I attached a screenshot of a very mild version of that. The other attachments show the monitor configuration. As you can see I am using the low quality channel which is configured 640x480 and 7 ftps.

Zoneminder and the camera are both connencted to the same switch via cable and they're the only ones. So there's not congestion on that switch whatsoever.

Telling by the load, the server seems rather bored:

Any ideas what's going on? 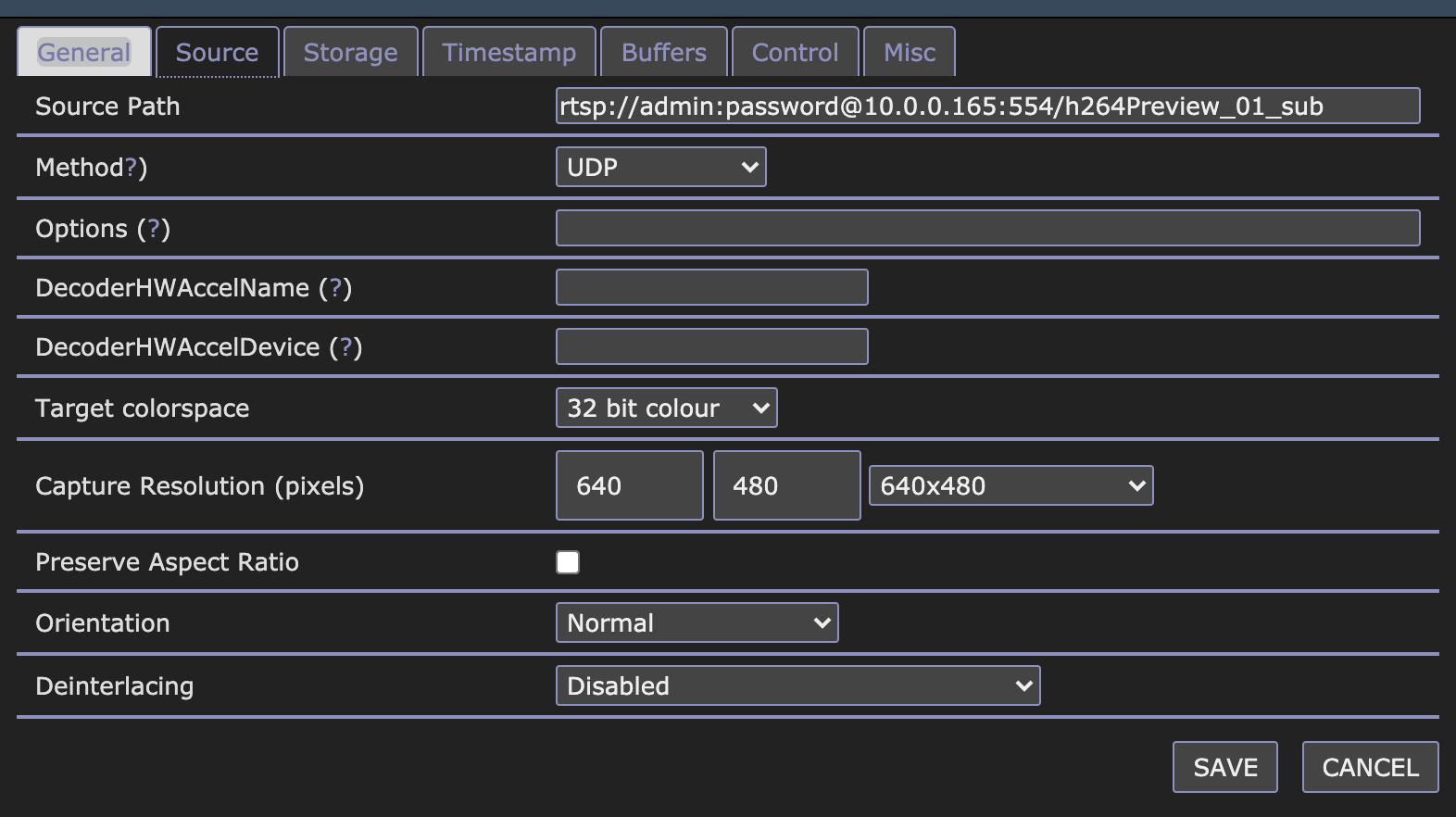 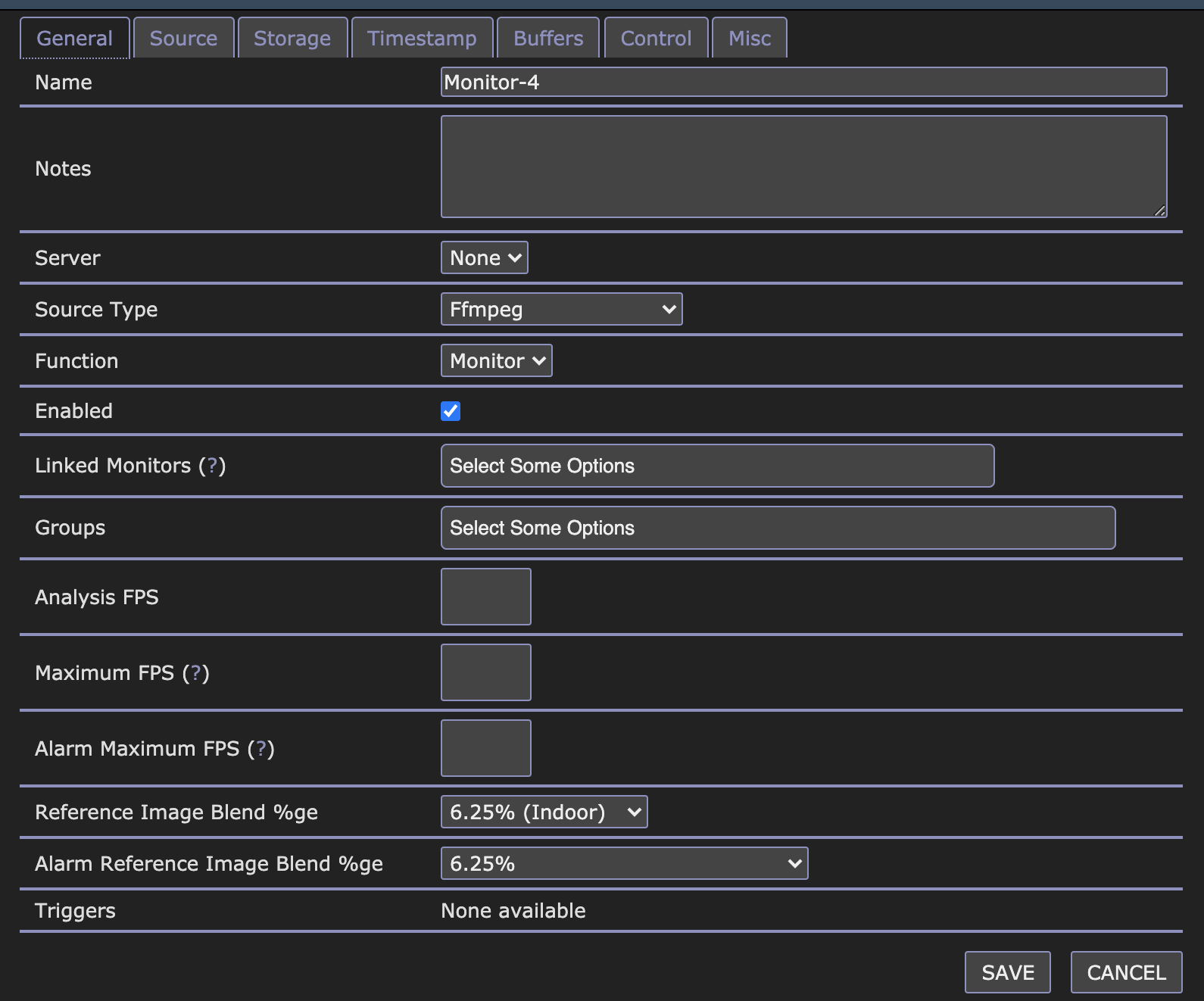 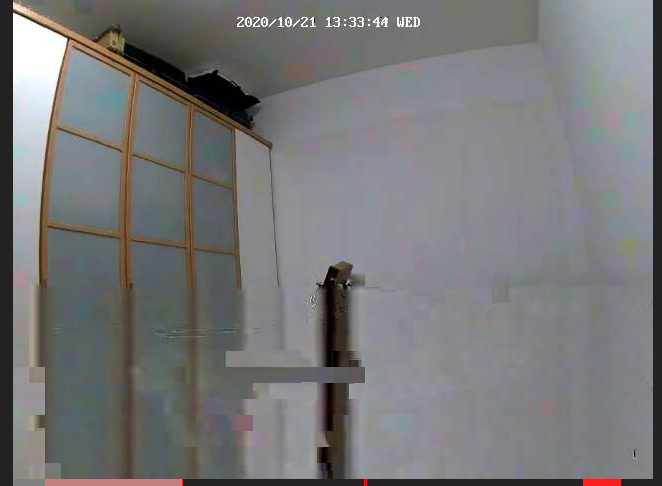 1) sometimes choppy playback is an issue of TCP vs UDP, and switching to the other (usually UDP) will resolve it. You have UDP, so this is probably not it. But sometimes people will go to TCP.

2) You didn't mention what you are running this on. Is it an RPI, an x86-64 desktop, a toaster? I've seen smearing (I'd call what you are seeing smearing, not artifacts, but semantics...) when I have a stream that is too high res, and too fast for the device.

Last time I tested, it was an RPI that had issues smearing upon motion. While I didn't do it, the fix was the GPU_MEM fix here: https://wiki.zoneminder.com/Single_Board_Computers

Could also try increasing key frames on camera.
fastest way to test streams:
ffmpeg -i rtsp://<ipaddress>:554/path output.mp4
from terminal, and run through paths on ispydb or in zm hcl

If you are new to cctv, read this:
https://wiki.zoneminder.com/Dummies_Guide
Top

It's not a toaster. That much I can tell.

It looks like you should be powerful enough to run 480p at a reasonable FPS. The next thing I'd say is narrow down the problem. Do you have any other cameras you can run at a comparable resolution and FPS to rule out that it isn't your hardware?

After that, since you have a Reolink, you should review this thread: viewtopic.php?f=10&t=25874&hilit=reolink which is the most popular for Reolink. Maybe there is some setting you can change. E.g. changing to source type: libvlc instead of ffmpeg on ZM might improve the stream quality, or you might change what stream path you are accessing on the camera. IIRC, some settings had better success than others, but read the thread. I don't remember exactly.

It's always possible there's something in the camera stream that ZM can't work with. Does this choppiness happen with ffmpeg from terminal, and vlc from gui? Look for errors in the output.* Are you running anything else on the hardware? (disable X, have a minimal system, don't run ZM in a virtual machine**, etc). Make sure you update to the latest stable release. 1.30.4 does not have the same camera compatibility*** that 1.34 has. So use 1.34, or whatever is the latest even numbered release.

*https://wiki.zoneminder.com/Ffmpeg has a flag for debug mode.
**if you are careful, I'd venture that you can run small installations on a VM, but generally it's bad practice. Large installations would be a bad idea, due to VM CPU overhead which I assume is slowdown. I don't know enough about VMs effect on CPU instructions to say 100% though. Docker / Containers are better for ZM.
*** Different ffmpeg libraries
fastest way to test streams:
ffmpeg -i rtsp://<ipaddress>:554/path output.mp4
from terminal, and run through paths on ispydb or in zm hcl

If you are new to cctv, read this:
https://wiki.zoneminder.com/Dummies_Guide
Top

Ok, so lot's of settings to try. I'll have to take the time and brute force the right configuration then

But before I do that: I just realized, the screenshot I sent shows UDP. That must have been a mistake, because with UDP I am not getting any video. Only TCP seems to work. Could that be a limitation of the camera or might there be other reasons?
Top

Soooo, after lots of reading and just as much trial and error, I came up with this config that seems to work best:

On the camera the following settings seem to provide the best results in ZM:

I hope that helps someone. What do I need to do to get this information into the HCL wiki?
Top

I added it quickly. Feel free to edit further, or make a single page for it.

To get a wiki acct see:
viewforum.php?f=13
fastest way to test streams:
ffmpeg -i rtsp://<ipaddress>:554/path output.mp4
from terminal, and run through paths on ispydb or in zm hcl

If you are new to cctv, read this:
https://wiki.zoneminder.com/Dummies_Guide
Top
Post Reply
7 posts • Page 1 of 1