I've just bought a 'covert' PIR-disguised IP camera for the princely sum of £35. Supposedly made by Revotech but you can never really tell these days. Wasn't expecting much but actually it really is quite impressive. Resolutions upto 2304x1296, RTSP streaming, invisible IR LEDs and highly configurable. Really not bad at all.

However... I've noticed that, when not operating in night mode, dark areas of the image appear to have a pattern overlay on them. Note the chair in the following pic: 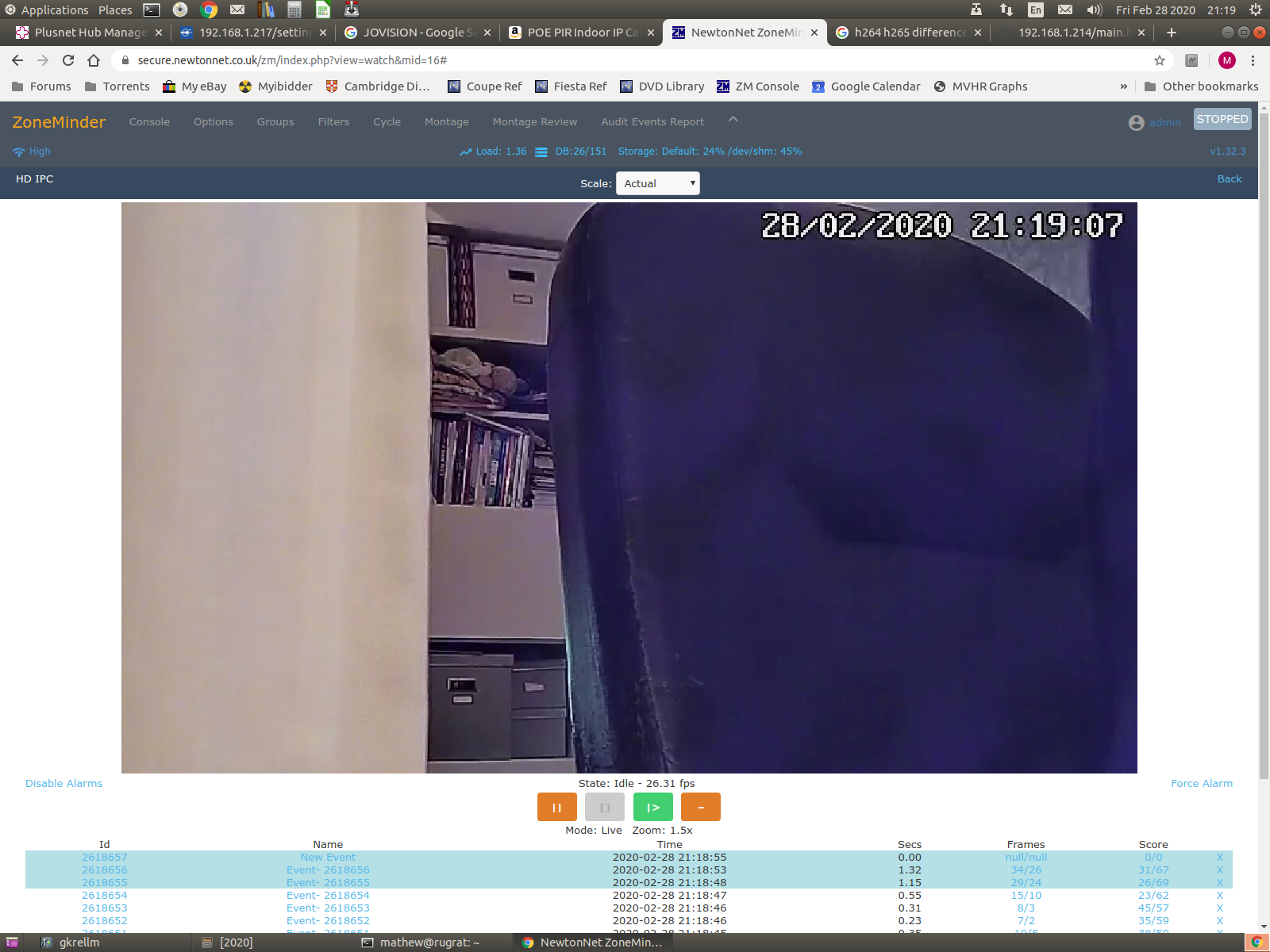 
That chair is solid black in reality, but you can see a hint of a pattern on it.

If I cover the camera up with my hand the pattern is more clearly visible: 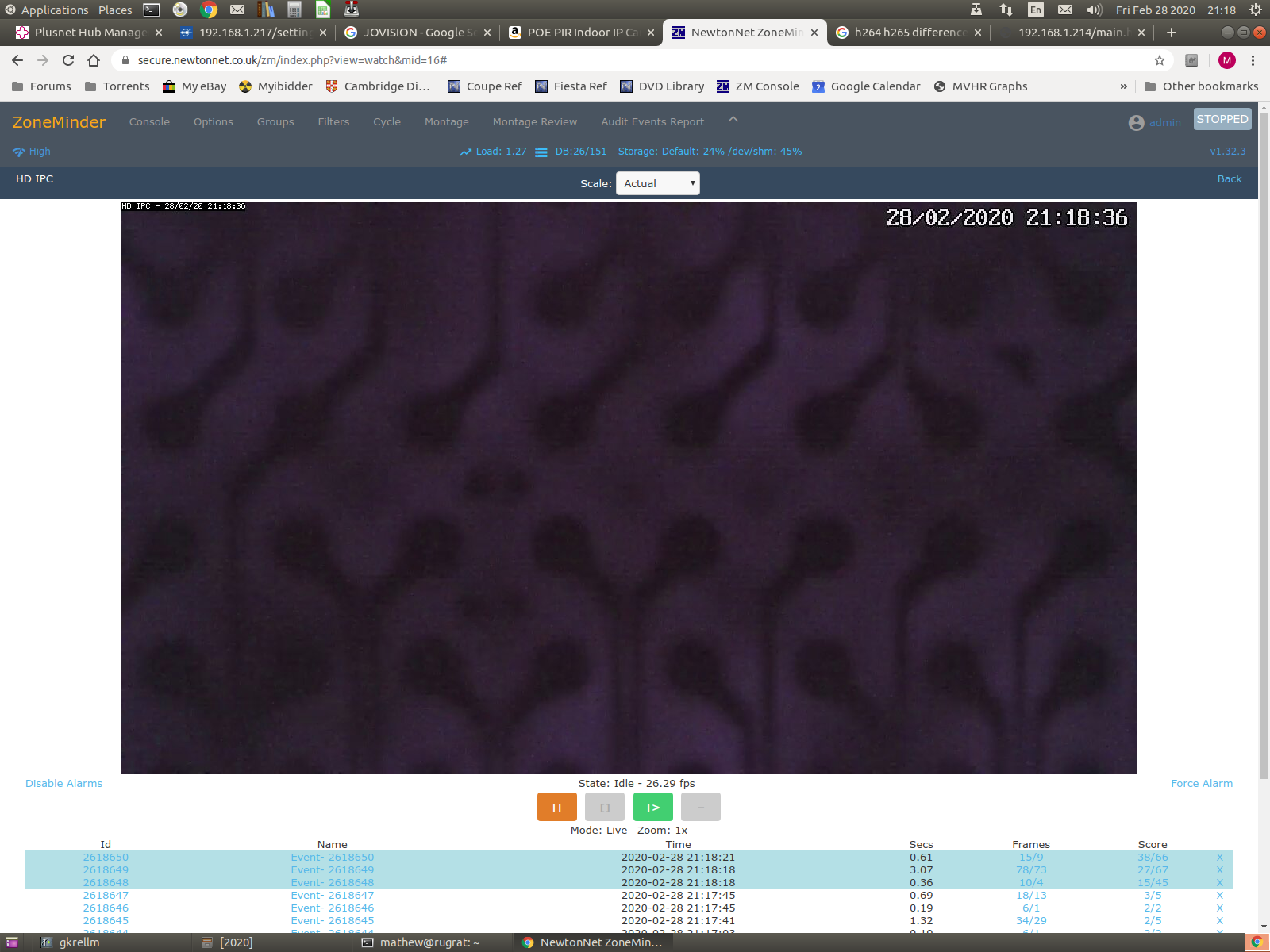 
What do you think is causing it? Is that the camera sensor which, if not illuminated, is being revealed? When in night mode - i.e. the IR LEDs illuminate and the IR filter is removed - the pattern isn't present....

Ahh... writing about the IR filter makes me wonder if that's what it is?

I don't know yet if it's going to be an issue - really need to put it in its intended location and see whether it's a problem or not but thought I'd ask here in case others have ever seen something similar?
Top

In the second picture, unless your camera is full of tadpoles, it looks like a printed circuit board pattern, maybe something like a BGA chip, but very zoomed in.


I would guess that with the IR-cut filter in place, you are seeing a reflection/projection of something, bounced off the filter. One of the things with optical systems is to avoid reflections and flare that mess up the image, looks like this is either a bad design, or a key "baffle" piece of plastic/felt/other has been dislodged or is missing!
Top

Yes, it's definitely got a circuit board look to it.

I've contacted the seller and it's been passed to a technician for consideration.
Top
Post Reply
3 posts • Page 1 of 1